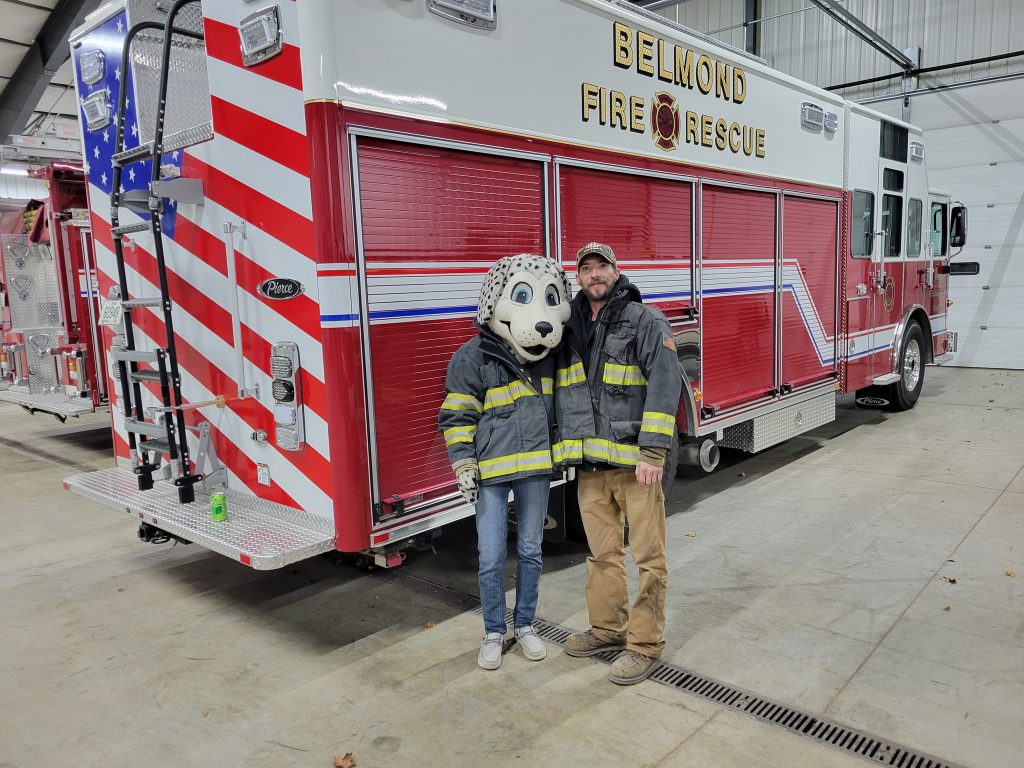 In the year 2005, the Belmond Fire Department celebrated a huge milestone; One hundred twenty-five years of serving the City of Belmond and rural communities with volunteer firefighters giving their “all” through these years. This celebration was held in the fire station with invitations extended to present and former firemen. Those who gathered that night had only to look back on the past 125 years and the accomplishments that have been made to give thanks to those 20 to 25 men who had the foresight to organize and become a fire department in Belmond, Iowa.

Since 1880, the Fire Department has been in existence and from the very beginning to the present time, the volunteers are unsalaried and do not charge for their services. These men who formed the first fire department were known as the “Belmond Fire Company No. 1.” They too would be proud of the progress that has been made since those early days.

Many changes have been seen throughout the years, not only in equipment but in the type of training necessary to keep up with the problems in the 21st century. It has become a requirement since 1995 that more specialized training be given. Hazardous material training are now yearly requirements. 2002 brought on more specialized terrorism training. Proper training has always been a prime concern of the members and many hours are devoted to this.

The Belmond Fire Department has always kept abreast of the latest equipment for the firefighters’ safety. Items purchased in the last 25 years have included Scott self-contained breathing apparatuses, body harnesses, rescue harness, safety ropes, lifting blocks, 4 gas air monitors and the list goes on. The 2000 purchase of an infrared heat scanner was an invaluable addition to the safety of the department. This scanner makes the firefighters’ work even more efficient and safe, enabling them to find people and fight the fires.

Firemen continue to inform and educate on fire safety, especially during Fire Prevention Week in October, with a reminder to all to get off the streets or pull over and stop when the fire siren sounds.

Pride, determination, courage, discipline, loyalty, bravery are but a few of many words that come to mind when speaking of the men who have served on the Belmond Volunteer Fire Department. The department’s slogan of “Many are Called, Few are Chosen” says it all.

The department officer structure is as follows: Chief, two Assistant Chiefs, Secretary, and Treasurer. All members are members of the Wright County Fire Association and the Iowa Firemen’s Association. The station is located at the intersection of First Avenue NE and First Street NE. We have a total of six (6) vehicles that are used for fire fighting, rescue, and property protection. The department serves the community as well as Belmond and Pleasant Townships and a portion of Iowa and Grant Townships.

The department has several kinds of equipment they need to use, depending on the circumstances of the emergency:

The Belmond Volunteer Firefighters Association meets the second and fourth Monday of every month. We train on the fourth Monday night and hold our business meeting on the first Monday of each month. Our regional and state training sessions include: 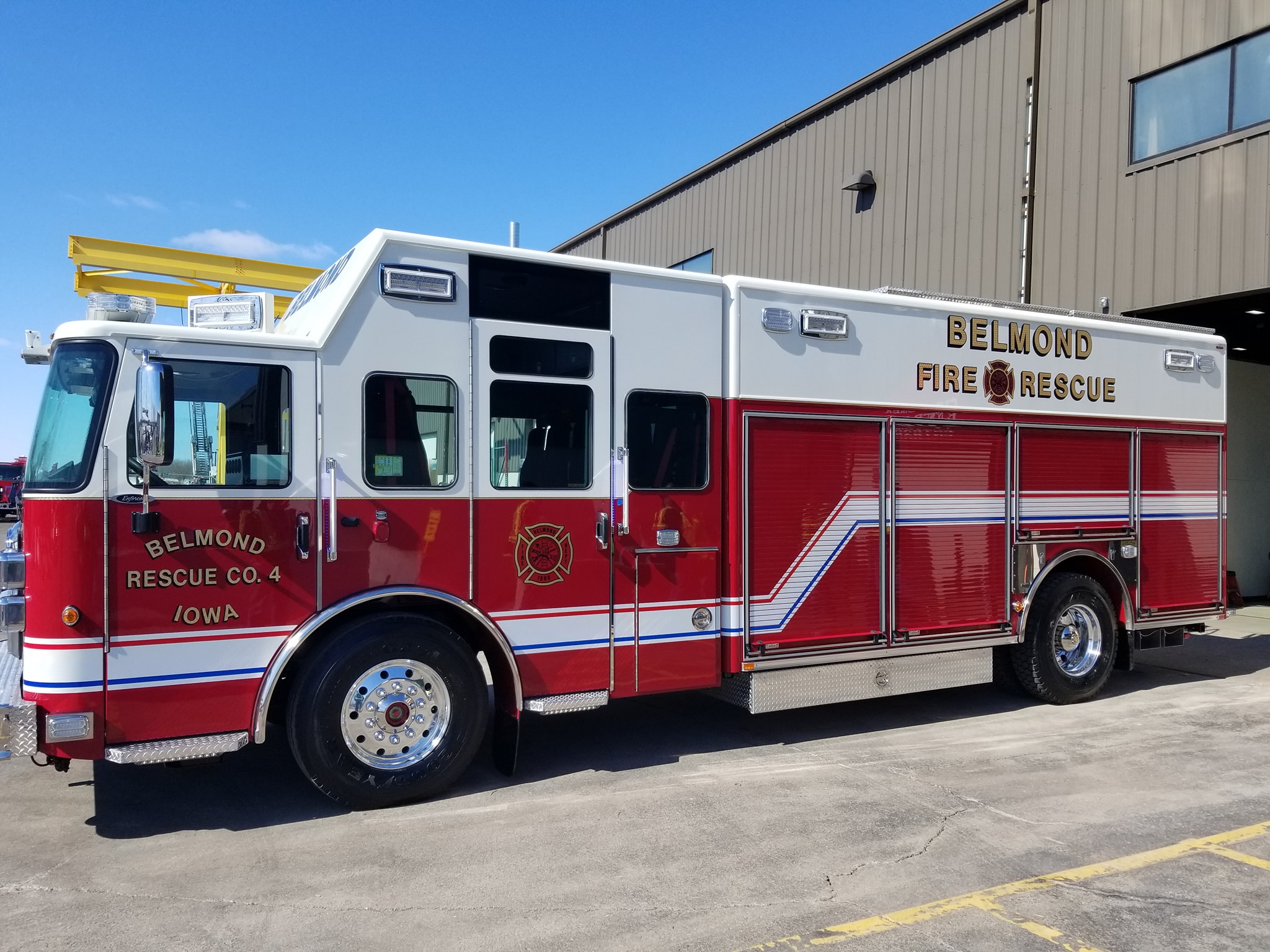 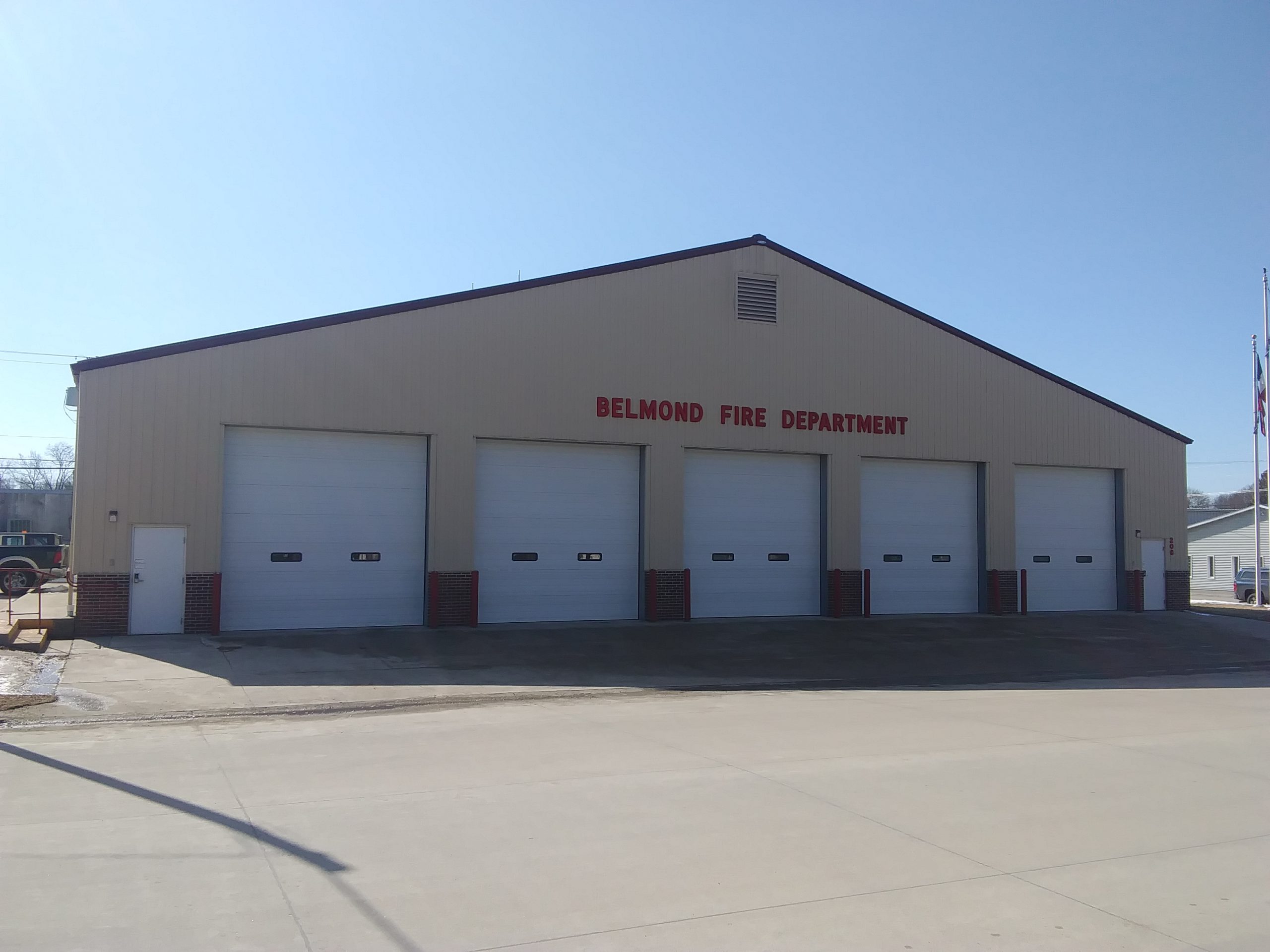 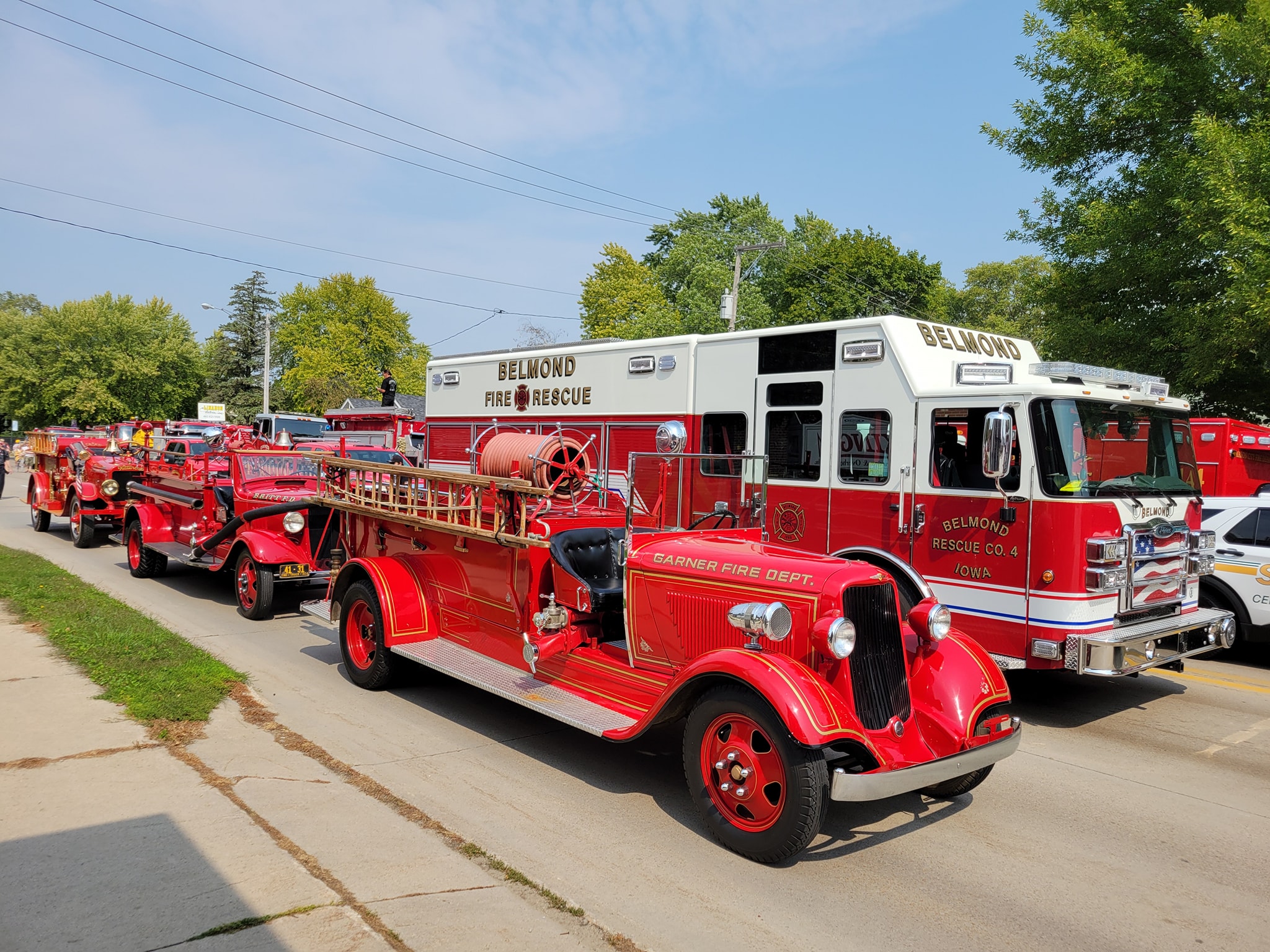 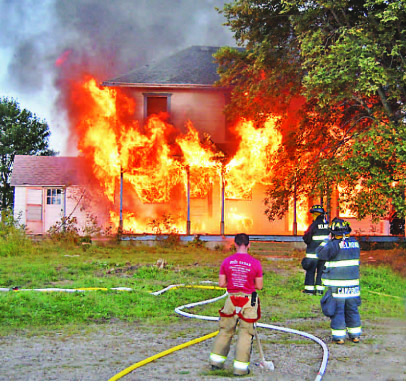 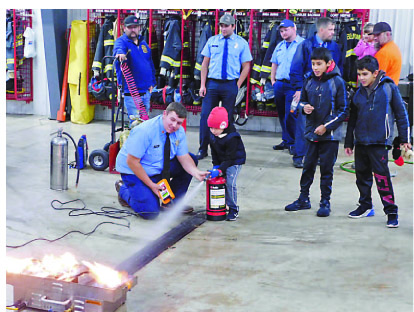 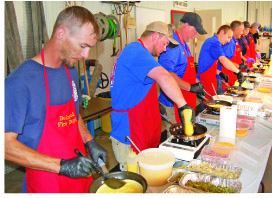 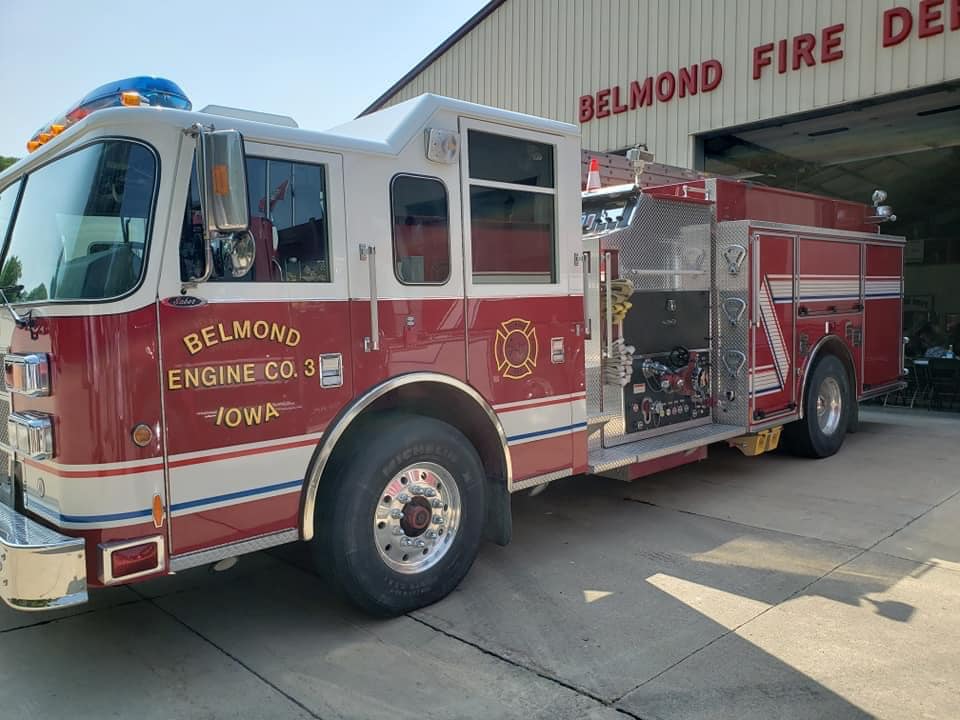